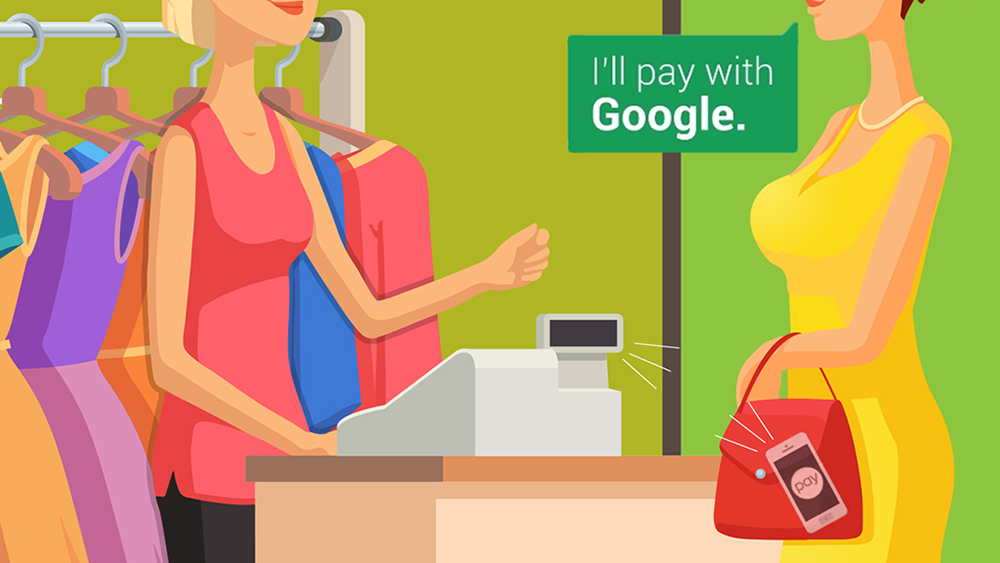 What if you could pay for whatever you wanted online and you only need to just say, “I want to pay for this.”, or “Pay.”? Well that’s the premise behind a new app from Google called “Hands Free”.

What Google has achieved here is an app that allows anyone to shop faster and with less typing. How it works is, the user is surfing along and finds an item or service that they wish to buy. They activate the app and your picture shows up on the register’s screen, it confirms your ID and the item or service is purchased.

One might be apprehensive at first, using an app that automatically makes purchases. Security questions come to mind, but Google states that one’s card details won’t be shared with the stores. It’s an easy and fast process and after making a purchase the confirmation data shows up immediately on one’s phone. Google also states that they’ll monitor your account and notify you if anything suspicious arises.

Hands Free is available at select stores only, and is free as the name says. As usual, one can download it at Google Play and the App Store.

The downside to Hands Free is that it’s only available at select stores in the South Bay area of Silicon Valley. It looks more like a pilot program to see how consumers like the app and service. Once the testing is done in the field, the statistics will be analyzed to see if any problems have arisen and then how to optimize the service for greater efficiency and safety. Utilizing Bluetooth low energy and WiFi as well as location services, are used to see if you are near a participating store. Sensors that are incorporated into your phone are also utilized for this purpose. The convenience here, says Google, is to rid one of having to handle the phone or even opening up the app itself. Then, when making a purchase at a participating store, the customer just informs the cashier that they’re paying with Google and the personal photo security protocols kick in and confirmation happens right then and there.

Once again, the questions regarding security come into play. Google assures that one’s credit card number is never shared with the participating store and that all payment details are safely stored only with the pay processing company. You can only be charged when the cashier detects your phone near the participating store. Verification takes place, you get an instant confirmation notification of the purchase.

This new app is a forerunner of what’s to come regarding mobile apps and shopping. If this app proves out and becomes the norm it’s expected to, then it will change the face of mobile apps and shopping online and offline. Just imagine when the list of participating stores expands and you’ll be able, theoretically, to make purchases at stores all over, not have to dig around for your wallet or even your phone. You’ll be able to check in and out rapidly. The myriad number of possibilities will only be limited by agreements between companies that will or will not use the service, however, if Hands Free proves itself the success it should be, we may see it as the norm in the very near future.